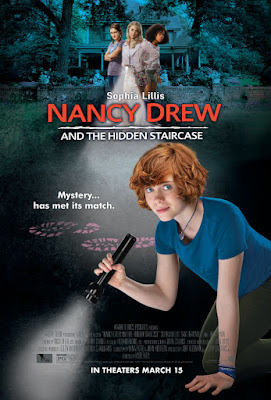 Nancy Drew and The Hidden Staircase debuts on March 15 in select AMC theaters around the US. I was able to attend the official premiere on Sunday, March 10 in LA at the AMC Century City theater and it was so much fun. I met up with the team from Her Interactive, whose Nancy Drew computer games are so much fun, their latest soon to be released Midnight in Salem comes out this year. There were snacks and selfie areas set up in the theater - including a neat giant magnifying glass,  the facade of Twin Elms, the haunted mansion from the book and movie and a skateboard you could pose on as if you were skating like Nancy from the movie. 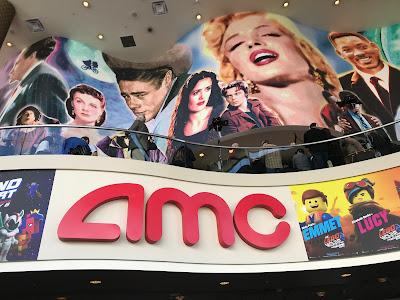 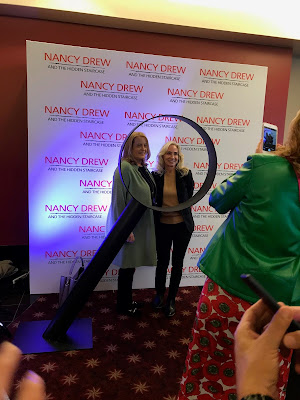 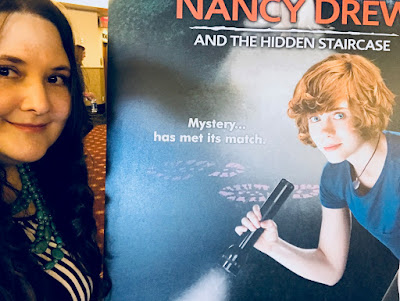 The movie was fun and I enjoyed it overall - a much more straight portrayal of book Nancy than the 2007 Nancy Drew attempt was, so that was great. 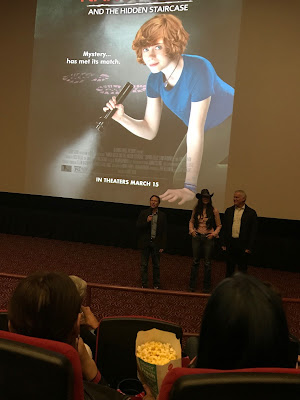 Before the film, producers and the director Katt Shea said a few words and welcomed everyone. Katt sported one of our Nancy Drew Clutch Bags from The Sleuth Shop that I gave her. I thought she did a great job directing the film. 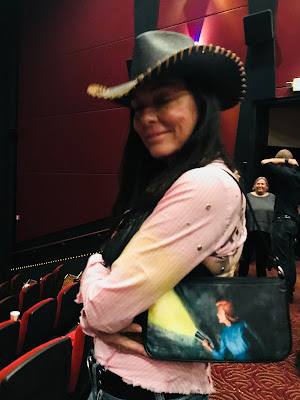 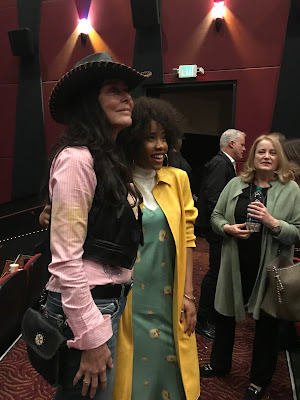 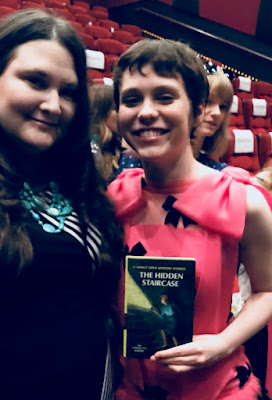 I got to meet "Nancy Drew" a.k.a. actress Sophia Lillis who signed my Nancy Drew Hidden Staircase book on which the movie was based. She was great and is currently reading the classic Nancy Drew books. I enjoyed her as Nancy Drew and thought she did a good job. Executive Producer Wendy Williams was so nice to talk to and shared her family having passed down the Nancy Drew books to her, she was a fan! Everyone was very nice and they were all excited about the film coming out and the DVD release and possible sequels. 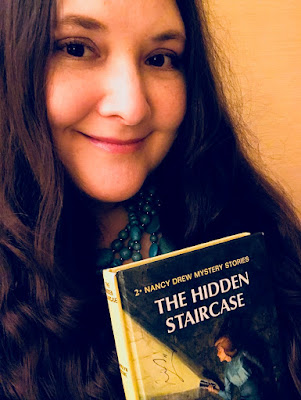 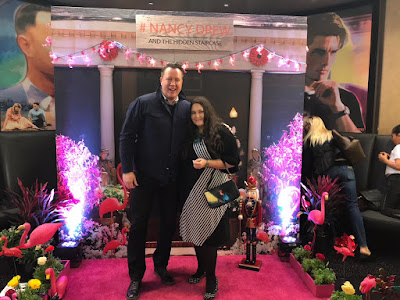