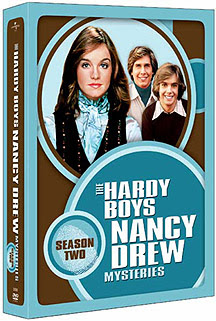 This year marks the 30th anniversary of the Nancy Drew/Hardy Boys Television series that began in January 1977 and ran for 3 seasons. Coming out in June is the release of the second season on DVD!

The Nancy Drew Sleuths convention in June will focus in part on the 1970s TV shows.
http://www.ndsleuths.com/ndsconventions.html

I'm sad to report that Andy Sidaris, husband of TV show producer Arlene Sidaris, has passed away. Some of you may not have realized that Andy directed some of the TV show episodes. My sympathies to Arlene and her family. 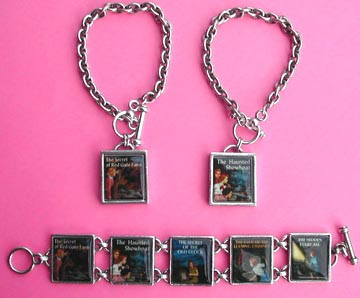 The Gumshoe Girls are having a Spring Sale on their PJs and stuff, check out their website:

I got one of their new style charm bracelets for Christmas and love wearing it--it is the type where you can add charms and objects to the bracelet, so if you have Nancy Drew/mystery theme charms, these go great with it! 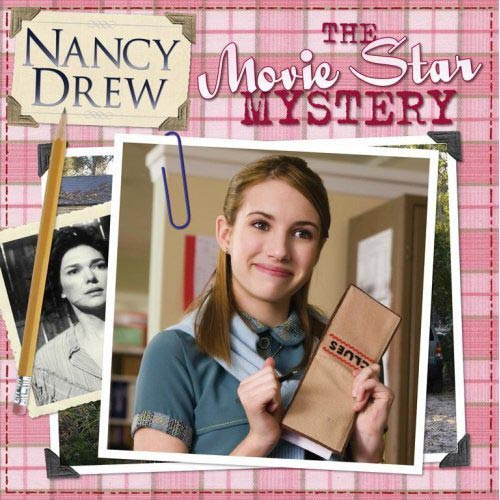 Any Nancy Drew Fans Out There!?

You might be interested in attending the big Nancy Drew convention in Pasadena, CA: June 13-17 this year! Timed to the release of the Warner Brothers Nancy Drew Movie! Check out the Nancy Drew Sleuths' website:

It's going to be lots of fun!

I've not updated this blog in ages, my usual excuse: Too many projects ongoing! But I'll be making an effort to update it more often now that the movie is fast approaching.

Anyone planning to see the movie? What do you think of the first trailer they've released?

I wanted to make a comment on that for all you sleuths out there:) The trailer does show that Nancy is solving a mystery--about an actress who died mysteriously, but it also has a "mean girls" kind of concept to it. If you've seen the movie "mean girls" you'll know what I'm talking about. I think they tailored the trailer to appeal to today's kids/tweens/teens by playing up this snotty girls issue between Nancy and the Hollywood teens while focusing less on the fact that this movie is about a mystery.

To anyone that has been turned off by that, never fear, the movie is about mystery and lots of it, the teen stuff is more of a backdrop to the mystery. So, I think this movie will appeal to anyone who has enjoyed Nancy Drew over the years--you'll get an instant feel of classic Nancy while watching her sleuth and search for clues in the old "haunted" mansion. You might recall the atmosphere of The Hidden Staircase or The Secret in the Old Attic, you'll get a sense of that in this movie.

They may even make a sequel or two--depends on the success of this first film, so go out and support your favorite teen sleuth by seeing the movie, and maybe you'll see more of them made. If they make a sequel, perhaps Bess, George, and River Heights will play a larger role.