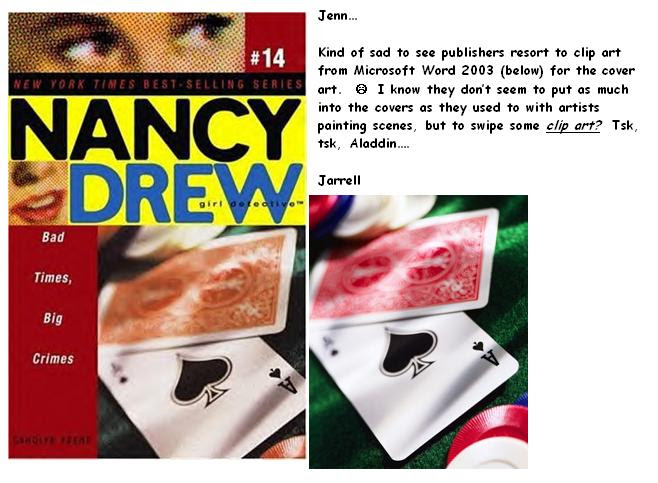 A fellow Nancy Drew fan, sent me this image and corresponding text along with it on the graphic regarding a cover art image for the new Nancy Drew: Girl Detective series. Thanks Jarrell!
Posted by Jenn Fisher at 4:20 PM 1 comment: 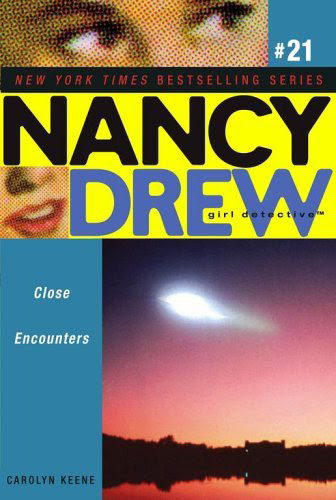 Nancy has a close enounter--but is of the alien kind?!

Posted by Jenn Fisher at 2:21 PM No comments:

The release date has been pushed back further--August 10, 2007 is the projected date at this time. So, the Sleuths' convention next year will be in August.

Though I cannot comment in specifics, I recently spent time on the set of Nancy Drew and it was so much fun. There is definitely a flair for the classic Nancy Drew books!

Misinformation out there seems to indicated that Emma Roberts is too young to play Nancy Drew because she's only 15 and Nancy Drew is 18. Nancy Drew is only 16 in the movie so it's really not a big deal considering. A little factoid: Nancy Drew was 16 when she was originally introduced to readers in 1930 and this stayed that way for some time after that--she was only aged to 18 to deal with driving laws in all states--of course now, you can get your license at 16, but at one time in some states, you had to be older.

The movie is not a period piece as I've seen suggested on some message boards and forums. It is set in modern day Los Angeles. Regardless of the time it is set in, it definitely has a classic/timeless feel to it.

The image at left is a scan of a short article in Time's April 3, 2006 issue. The "clues" booklet is neato in person.