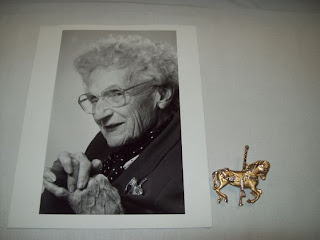 On Sunday, December 8, 2013, an auction was held at Montrie Auctions to dispose of the estate of Margaret J. Wirt, known to many as Peggy Wirt. She was the daughter of the first "Carolyn Keene" a.k.a Mildred "Millie" Wirt Benson. Peggy passed away this past year, and items from the estate included many things from Millie.

Several members of my Nancy Drew Sleuths group joined me in Toledo for the auction. I was there also doing research on my book about Millie Benson which I have been researching for many years now.

My goal in attending the auction was not to just add something to my extensive collection, but to preserve many of these items that I felt should be somewhere more important, to be archived and available to scholars and writers like myself. They are important to the history of this genre. There were scrapbooks, letters, photographs, flying memorabilia, many of her great awards, old furniture and household items. Her desk that she used at least as far back as the 1940s and possibly earlier, was auctioned too.

Our group had given Millie a Scrapbook a few months before she passed away that members had sent in cards and letters thanking her for writing the books they loved so dearly. I put it together and mailed it off to Millie. They also had our "Honorary Sleuth" award which we had given her. Thanks to fellow members and some donations, I was able to get back our scrapbook and the award, which were really, personal to our group and to Millie and should reside in our group archives until these items go somewhere permanent to be archived in the future. We even made our own paddles for the auction.

If you were someone who bid on and won an item in the auction, arrangements should be made at some point down the road, to have these items donated to an institution where they can be properly preserved for history. Two such places include the University of Iowa Women's Archives, Millie's Alma Mater, where her archives reside. Another is the Toledo-Lucas County Public Library and their Blade Rare Books Room which has every book that Millie wrote and an original Russell H. Tandy painting for a Nancy Drew book that Millie ghosted, The Secret at Shadow Ranch. If you'd like more info on these places, feel free to check out the links in this Blog or contact me. E-mail: nancydrewsleuth@aol.com.

Here are some images from the auction - the first three photos are credited to Jetta Fraser/The Toledo Blade. 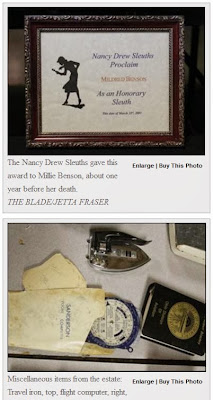 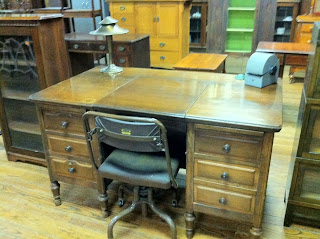 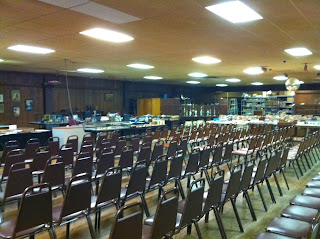 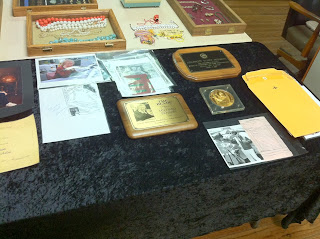 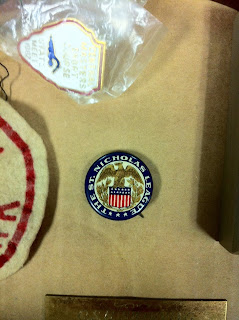 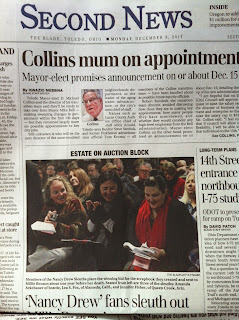 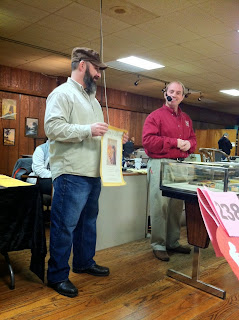 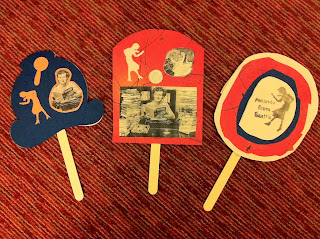 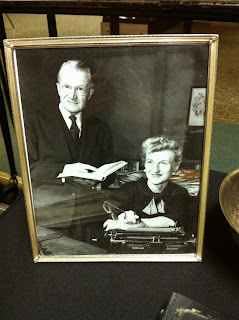 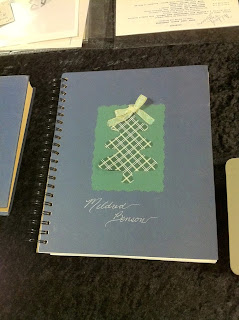 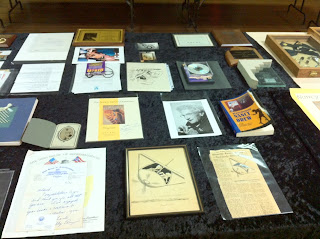 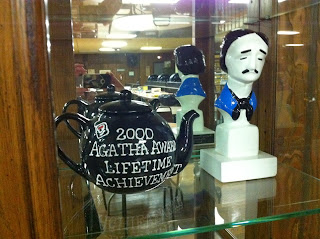 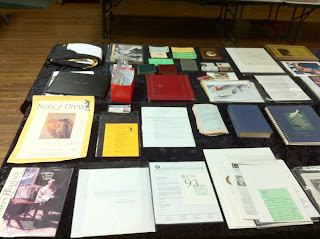 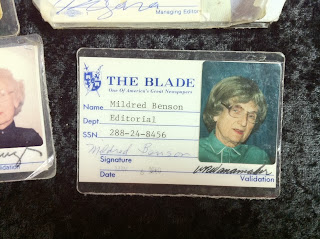