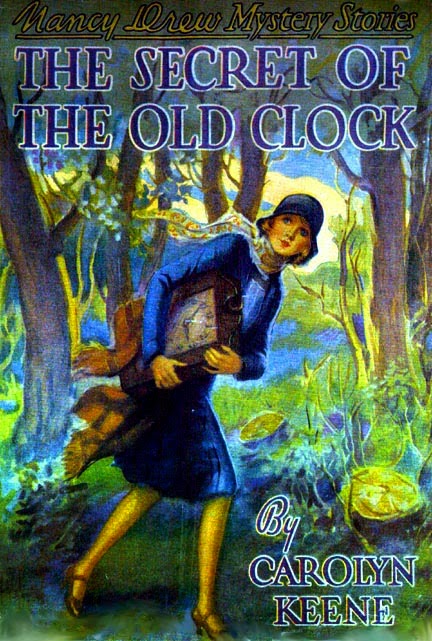 Nancy Drew is 84 today! Well, the series anyhow, as it debuted with the first three volumes on April 28, 1930 introducing us to plucky teenage sleuth Nancy Drew and her crime ridden world in River Heights. She was 16 in the originals, so today, she'd be 100! Pretty good for a Sleuth that's still sleuthing all these years later in the currently published series, Nancy Drew Diaries.

The brainchild of Edward Stratemeyer, Nancy Drew has been one of the longest running children's series, with millions of readers and fans over the generations and is still being passed down today by doting grandmothers and mom's who know best. If Nancy Drew can inspire little girls who grow up to be Supreme Court justices, better get your kids reading and fast!

She still inspires after all these years, and that's a testament to the history behind the series and those who created her. Take a moment and go down memory lane with my Nancy Drew Mysterious History page at my website and learn more about how this series was created and a timeline of interesting Nancy Drew moments throughout the years. 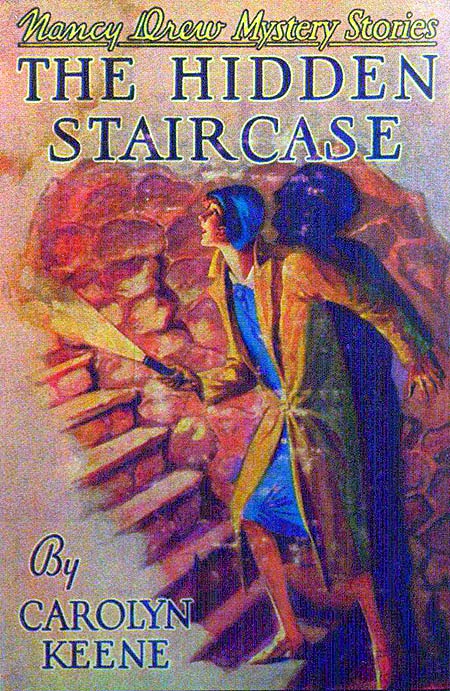 These rather iconic images of Nancy Drew were illustrated by Russell H. Tandy, whose sophisticated take on Nancy Drew helped propel sales so that by 1934, Nancy Drew was outselling other series--even the boys' series books. The first 3 (and 20 more of the first 30) books were ghostwritten by Mildred Wirt Benson, a prolific author in her own right and journalist. 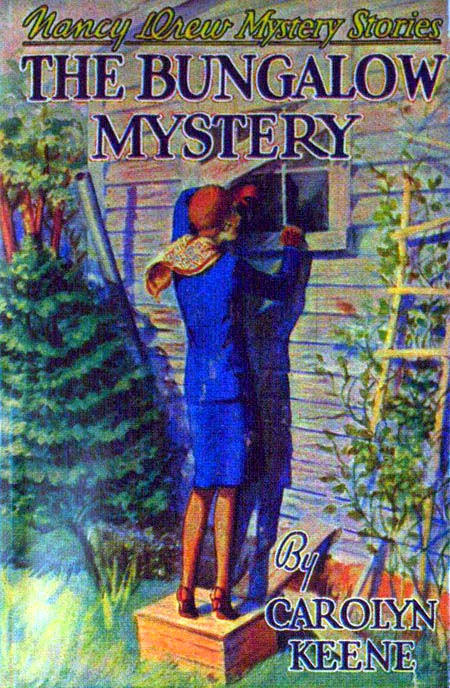 Next year is the 85th anniversary of Nancy Drew, the 110th anniversary of Nancy's first ghostwriter, Mildred Wirt Benson, and the 110th anniversary of the Stratemeyer Syndicate. It's quite a banner year for Nancy Drew and her history! The Nancy Drew Sleuths will host a series of three historical and adventurous mini conventions in three cities related to mysterious history behind the series that you won't want to miss. We'll be hosting events in libraries in each location and will be donating a whole set of Nancy Drew books for the kids to read at each event! These events will be less convention day-centric and more historical and touring-centric than our usual format.

Follow in Nancy's Footsteps and step right into River Heights! Tour sites from Nancy's hometown and learn more about ghostwriter Mildred Wirt Benson. Research in the Benson archives at the University of Iowa. A Library event with speakers and much more fanfare!

See sights from Benson's various books and series and other sights related to her writing of the Nancy Drew books around Toledo, OH. A Library event with speakers and much more fanfare! Mystery Train dinner adventure.

Learn all about Edward Stratemeyer's Stratemeyer Syndicate which produced many series over the years including Nancy Drew The Hardy Boys, Tom Swift, and The Bobbsey Twins among others. Tour sights in New Jersey related to the Syndicate and the members of the Stratemeyer family including Harriet Adams who we owe a lot of credit to for keeping Nancy Drew alive and going for many decades after her father's passing. A Library event with speakers and much more fanfare!

These events will be short in duration (Thurs-Sat) and will be very budget friendly!

Details coming soon about these events - view details at our website starting in August 2014.