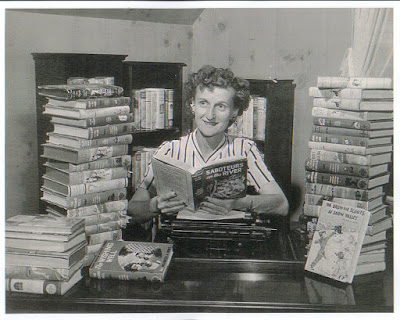 Today, July 10, marks the 110th anniversary of the birth of Mildred Wirt Benson in Ladora, IA in 1905. She would go on to be infamously known as the first Carolyn Keene, writing 23 of the first 30 Nancy Drew books. But, there was a lot more to her life than just Nancy Drew - she wrote 135 published books, over 100 short stories and her journalism career spanned over 58 years in all sum total. She was still working at The Toledo Blade the day she passed away on May 28, 2002, at age 96! Very independent and tenacious, much like famous sleuth Nancy Drew, Mildred lived an adventurous life and was always on the go.

I am currently writing the biography of Mildred Wirt Benson. In addition to her writing career she was interested in flying and archaeology and had very Nancy Drew-esque adventures, she was a very amazing woman and her whole story--there is so much information not in the mainstream of research that is not published anywhere, yet.

I feel like I've been playing "Nancy Drew" in many respects, sleuthing out clues to Mildred's past, uncovering the puzzle pieces to her kidnapping and Nancy Drew style escape in Guatemala, for instance, which few know the real story behind--so many interesting adventures, soon to be told. 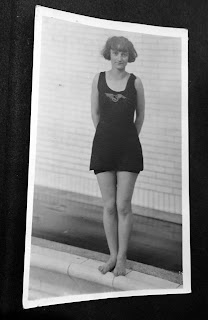 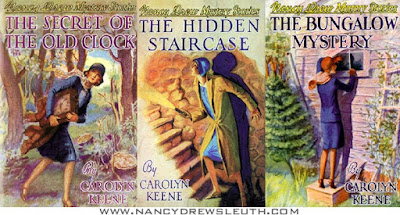 The first 3 Nancy Drew books debuted on April 28, 1930 - Nancy Drew was created by Edward Stratemeyer and Mildred was a ghostwriter for the series, working on outlines provided by the Stratemeyer Syndicate. By the end of 1930, Nancy Drew was selling very well and would go onto outsell the boys' series eventually. Here today celebrating her 85th anniversary this year, she's still being published. 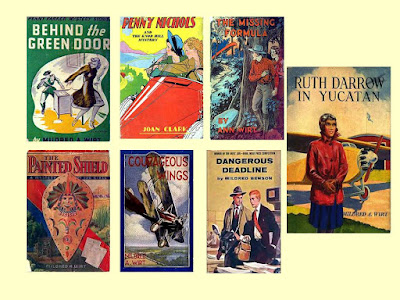 Examples of other books that Mildred wrote including Dangerous Deadline which won her the Boys' Life-Dodd Mead prize and was also serialized in Boys' Life Magazine. 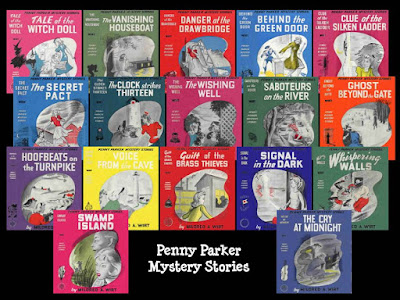 Penny was very similar to Nancy Drew in style, naturally since they have the same author, but Penny was even more bold and brash that even early 1930s Nancy Drew was. Penny was a journalist, following in Mildred's footsteps.
Posted by Jenn Fisher at 12:59 PM No comments: